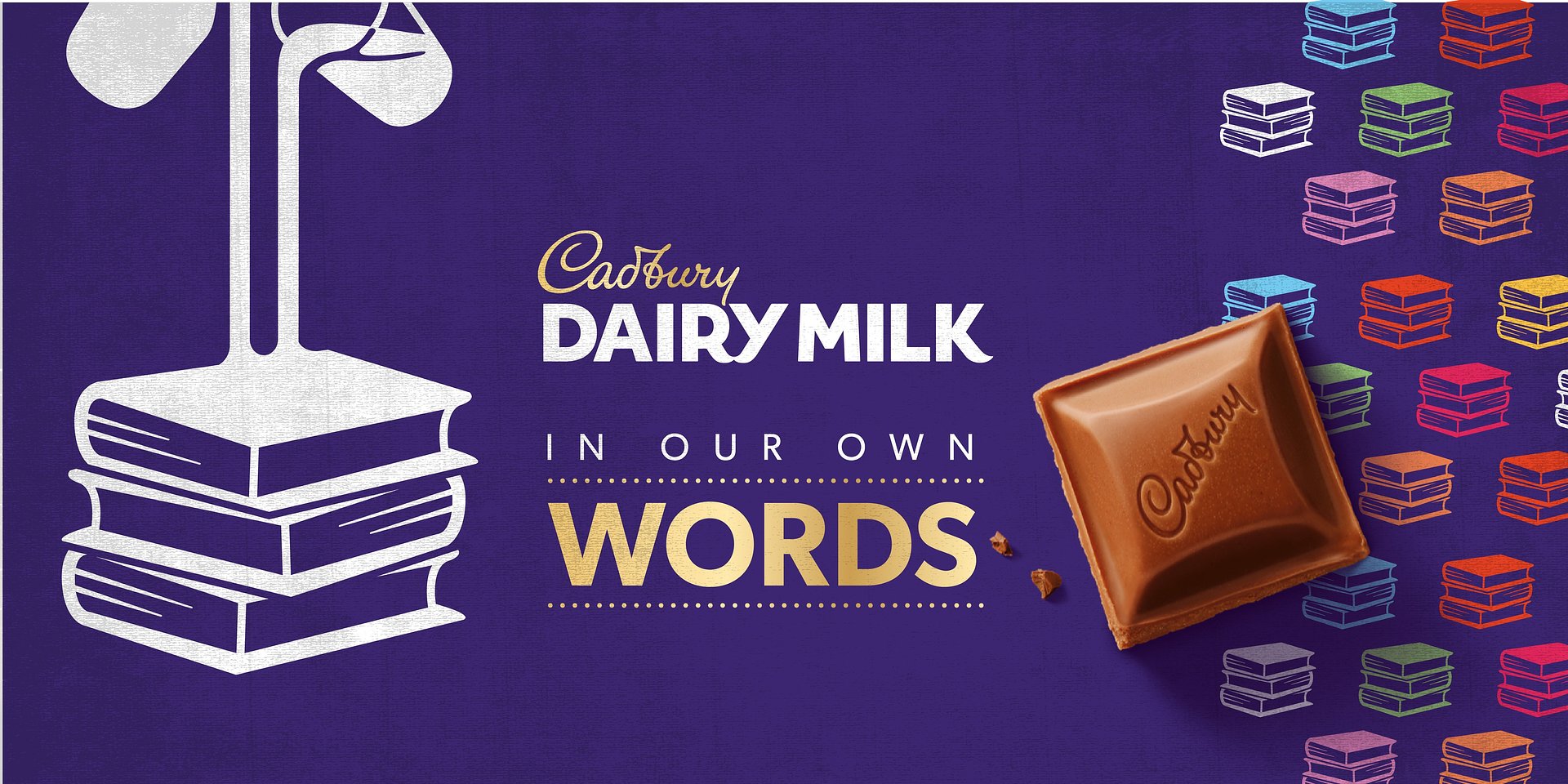 “A love of reading is sparked when children see themselves in stories and relate it to their lives, even more so when it is shared in their home language,” says Xolisa Guzula, an early literary specialist.
However, the first book many South African children read is not the immersive experience Xolisa describes, as very few are able to enjoy stories in their home language. A survey by the Publishers Association SA (2016) highlighted the fact  that only 2% of children’s books published commercially in South Africa are in local African languages*. And in a country where 80% of the population speak a home language other than English or Afrikaans there are not enough relatable stories available.
To shine a light on the issue and help where they can make the most impact, Cadbury Dairy Milk have launched their latest campaign, #InOurOwnWords. The campaign marks the first phase of a long-term initiative called Read To Succeed. It aims to ignite a love for reading among South African children by creating a library of enchanting children’s stories available in all African languages.
The campaign launched with the hero film piece ‘Mrs Mabena’, which tells a powerful story of Sifiso, and Mrs. Mabena who become more closely connected through a small, but meaningful,  act of kindness and generosity. Mrs. Mabena looks after Sifiso while his mother is at work, insisting he learns during their time together. We see a familiar domestic scene of Mrs Mabena helping him read and Sifiso feeling somewhat resistant to her strict instructions. When Sifiso sees his mother paying Mrs. Mabena in gratitude, a courtesy she lovingly declines, he realises that Mrs Mabena isn’t strict - she’s extending a hand of generosity. He decides to reward one act of generosity with another - slipping his own bar of Cadbury Dairy Milk into her bag. The film ends with her finding a bar of Cadbury Dairy Milk and smiling, an act of Sifiso’s gratitude. VCCP London worked with local upcoming director Zee Ntuli and production company Darling films to create the film which was shot on location in Johannesburg**.
To showcase the stark statistics related to the lack of African language stories for children, and reiterate the importance of this campaign, Cadbury Dairy Milk replaced a few shelves of much-loved chocolates with blank books. The wordless books represent the enchanting stories Cadbury Dairy Milk hopes to fill with the words they are asking South Africans share. Together with partners and the public they aim to create and translate 1500 new stories for children in their home languages by 2023.
These activities kicked off the consumer driven activation #InOurOwnWords, created by Ogilvy South Africa. It taps into the inherent generosity of the South African public and calls on them to help co-author this library of enchanting children’s stories in African languages.

Cadbury Dairy Milk has always been a brand that aims to bring people closer together, we are founded in the spirit of generosity and pioneering social impact. This work forms part of a journey that calls on all South Africans to help tackle the pertinent social tension of illiteracy and help re-write the narratives of our people, in our own words, one word at a time.’’

Everyone can help Cadbury Dairy Milk realise the goal of co-authoring 1500 books by visiting www.cadbury.co.za to start generously translating words from English into their home language. Nal’ibali, a reading for enjoyment programme, with its team of young, local authors are standing by to weave all of these translated words into exciting new stories that will be made available for parents and children to download and enjoy!
Join the conversation @CadburyDairyMilkSA (Facebook) or @Cadbury_SA  (Twitter and Instagram) using #InOurOwnWords.

In May 2021, Cadbury Dairy Milk announced its intention to help inspire a love for reading amongst children across South Africa by making stories in their home languages more accessible. Now, through the inherent generosity of the South African public, more than 20 000 w...

Many fans have spent the past year longing for new exciting opportunities and experiences to come around to break the monotony. Now, Cadbury FC is back with another chance for fans to #TasteTheAction with three legendary VIP experiences up for grabs!

Against the backdrop of continuously shifting environmental and global consciousness there’s more awareness than ever of the impact humans have on the world around them. This, coupled with the desire for connection, has caused many to reflect on their choices and more sp...

The Easter weekend is almost here and chocolate eggthusiasts are waiting in anticipation to see which yummy #CadburyEasterEggs their family have hidden with love.